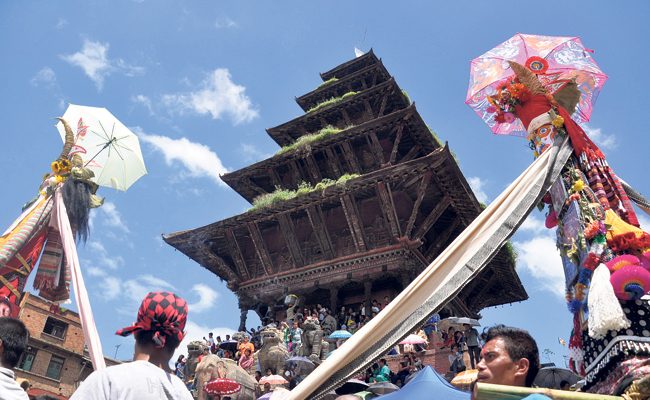 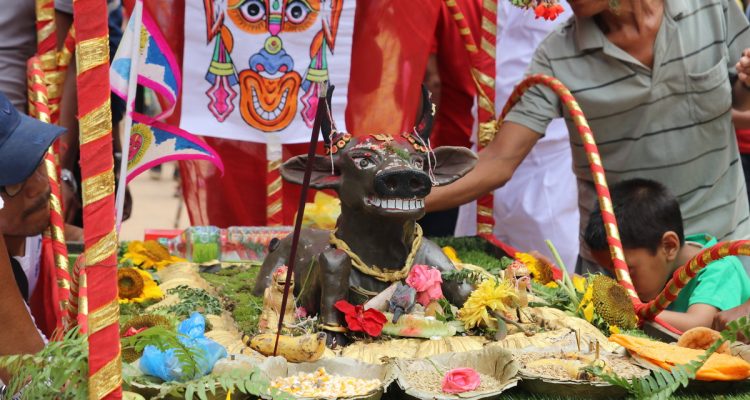 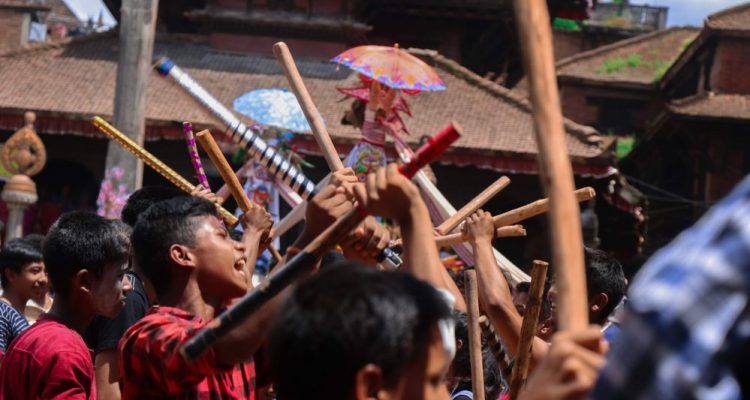 Sa:Paru (Gai Jatra) festival lasts for eight days, and during these days, revelers march around the designated route in extravagant costumes, catching and ridiculing unethical practices of public figures.

Gai Jatra, Literally Cow Festival is one of the most fun and amusing festivals, but Bhaktapur is the most enchanting of all. On Gai Jatra’s very day at the same time, all the bereaved families in the city go around the city with a donkey, or a girl or a boy dressed as a sacred animal, along the heritage path. On their journey to heaven, the cow is believed to help the lost souls wade into the celestial sea. And it is often said that it is only this day that the gates of the after-world open to the dead are trown.

Bamboo structures covered with colorful cloth and painted portraits of cows symbolizing the dead, crowding the streets of Bhaktapur on the Sa: Paru day. The bamboo constructions are such that it is easy to decide whether the dead were a male or a female or a woman. Clearly adding fun to the festival’s somber dimension, different groups of people are going around, throwing sticks and caricaturing at various events and personalities. Throughout the week, tourists can see and enjoy masked dances and ‘humor & satire activities’ in the ancient town’s numerous public spaces and squares.

You're registered and logged in successfully. Redirecting please wait....

Registered successfully. An activation email has been sent to your provided email address. Didn't get any email?   Resend Again

Please try another email or signin.

Email is not resgistered with us.
Translate »
error: Alert: Content is protected !!Powered By Houwoma Ji
Post-A-Job